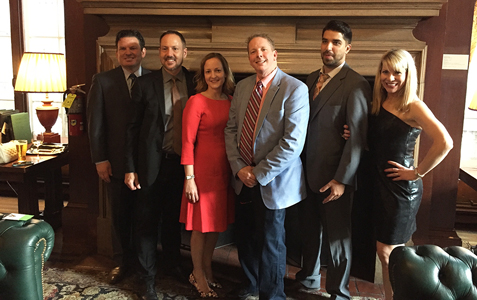 k YODER design and the team responsible for the conservation of Louis Kahn's Margaret Esherick House in Chestnut Hill were awarded one of 19 Grand Jury Awards at the 2016 Preservation Alliance for Greater Philadelphia's Preservation Achievement Awards held Wednesday, 8 June 2016 at the Union League of Philadelphia.

"On behalf of our exceptional clients and team, we are honored to receive recognition for the conservation of this important house," said kYd Principal Kevin Yoder, AIA, LEED AP. "We collaborated to ensure the home's livability, preserve its architectural integrity, and retain its sense of form and function. Our efforts contribute to ongoing stewardship of this important piece of midcentury architecture."

See all of the 2016 Preservation Achievement Award winners.